NIGERIA: Kallywood: My Worst Moment Was When I Was Arrested - Sadiq 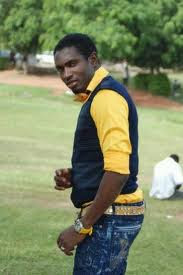 Sadiq Sani Sadiq, is a promising actor in the Hausa movie industry. Born and bred in Jos, Sadiq obtained a Diploma in Mass Communication at the Centre of Distance Learning and Continuing Education, University of Abuja before venturing into the entertainment industry. Within the shortest possible time, Sadiq, also known as Gambo Uban-Tani, created a niche for himself and registered his name among the A-list stars in Kannywood, which earned him HENNA-BALL awards as Kannywood's BEST ACTOR 2012. In this chat with AL-AMIN CIROMA, the Kannywood Hero spoke about his journey in the Hausa film genre and his achievements so far.

The latest gist in town is that you were crowned a hero. Could you please give us the overview of the award?

It was an award ceremony organised by the publishers of TOZALI, a monthly English magazine. They tagged it Henna-Ball Awards 2012. The event took place here in Abuja and I emerged as Kannywood Best Actor, 2012.

How did it happen, what do you think led to your emergence as the hero of the Hausa film industry?

Well, it was the will of God and I am very much grateful for His favours. Apart from that, I believe the judges must have done their homework in trying to figure out who did what in Kannywood. It probably came as a result of my recent movies and commitment to the job. Three of us were nominated in my category. An ace actor, Ali Nuhu, Ibrahim Maishunku were on the nominee list. And to God be the glory I was voted as the best among others.

How did you feel when your name was mentioned as the winner?

It really came as a surprise. At first, I could not believe my ears, I thought I was dreaming or something, but when both Ali and Maishunku hugged me, congratulating me, it then occurred to me that truly, I was the winner and it was for real. I cannot express how I felt. This is the best thing that has ever happened to me in my acting career and my entire life. I felt as if I was taking my wife to the altar. In every works of life there is a reward for excellence and it judges people's performances at the same time prepare others for the hurdles ahead. This award came to me at a time when I was facing some challenges as an actor. I do not see it having arrived at a promised land. This is just a starting point. And for the fact that I contested alongside the movers and shakers of the industry, does not mean I am now above them. Definitely, it was designed to celebrate only one person, not the three of us. I do not see myself as a fulfilled actor yet, neither am I going to raise shoulders above others. It is one of the greatest favours done to me by God, the Almighty to enable me focus.

Which film do you think gave you this fame?

I wouldn't know, but according to the jury, they selected our movies and performances randomly and posted the links to the internet where observers, professionals, fans and general public, across all the geo-political zones, including those in Diaspora kept voting online; through that process, I emerged as winner, with the highest number of votes.

Can you take us through your acting foray? How and when did you venture into the industry, were there challenges?

Well, like the old adage that says 'the road to success is not always straight' I came into this industry in 2008, but the interesting story is that I kept nurturing myself, went through series of obstacles and impediments in trying to be among the top players. It was not easy for me because I had to leave my home town Jos to Kano where things are happening. I encountered some hitches here and there. But first, I had to work on myself. At the first instance, I tried hard to discover my talent and how to harness it in achieving my goals. Then, I gradually structured my way into becoming a star. Stardom is easy to attain, but the difficulty is being able to maintain it. 'Alhamdulillah' (Thank God), I was able to train myself to be patient and committed to my job. Those were the challenges I had to counter.

You said you left Jos and settled down in Kano, the centre of Kannywood. How did you go about that? What were your immediate problems as a starter?

I told myself right from the very moment I decided to leave my father's house to go in search of a 'Jersey' in the Hausa film industry, that I would be humble and patient. Those were my keywords. It is rather very exigent when you forfeit all you have for something you are aspiring to get. In Kano, I stayed in Ali Nuhu's house. He was my godfather in the entertainment world; he sheltered me and gave me all the necessary support in making my dreams a reality. I truly owe him much in life and will forever remain grateful because he nurtured and cultivated me in the industry like his kid brother.

What are the trends in Kannywood presently? Are there new innovation compared to what were obtainable before?

I can assure you that even the viewers alone can testify that there are tremendous differences in the Hausa film industry compared to what was obtainable before then. The quality of the job itself is a scorecard. The industry is quite overwhelming, it is conforming to the international standard. The stories, sound, equipment and even man power has improved immensely. And that is the success story of any endeavour. Once there are no trends and innovations any sphere of life would die a natural death. What we have now in Kannywood is next to Hollywood. And we believe it will go beyond that in future because the sky is not just a limit, but a starting point.

Could you please share with us the best and saddest moments in your acting career?

My gloomy moment so far in my acting career was when I was taken to prison, because of my career. I was innocently incarcerated along with other actors. The incident happened when some politicians came hunting for Adam A. Zango and unfortunately, we were also picked up. That episode was the worst day in my acting career. And my happiest moment was when I heard my name echoed as the Best Actor 2012. I am happy for that.

Actors are bound to encounter scandals here and there, how have you been able to manage yourself?

In the first instance, you have to prepare yourself for such, even as certain things are in-built, they could be natural. So once you are accorded with good upbringing, you can survive anywhere and make a living. No one is above hazards which can result from gimmicks or the tricky nature of life, but you just have to work out your plans. If you choose to be with the good guys, you will prosper, likewise if you choose the bad group; it will be otherwise for you. The industry is like any other endeavour, where you meet good people as well as the bad ones. I cannot be the judge of myself, but I can tell you that I am working hard to make sure I remain a scandalfree artiste by God's grace.

Are you into a relationship with an actress or any woman in the industry?

(Laughter) No, no no... Not at all! It happened once. I tried to build a relationship with an actress, who is now in her matrimonial home, and after that, I do not get involved with my colleagues, but I relate with them professionally with no-strings attached (laughter).

Any message for the upcoming artists?

Yes, I want to share this with my fellow actors, including those paving their way into the industry. One thing they should understand is that any breakthrough in life is by hard work. Therefore it is a challenge on all of us to be committed to our duties and abide by the rules. I will also use this opportunity to announce that I am dedicating my award to my mentor, Ali Nuhu, my able director, Aminu Saira, my friend Adam A. Zango and all my producers, who gave me this golden opportunity.

I want to thank all my fans, most especially those who voted for me online. I am very grateful. This award is equally theirs, because they are the pillars of my success. I love you all.