Somehow, I thoght about doing something different, and in this case, reliving the good-old-days of palmwine music better known as Highlife from the 'Eastside' perspective. I have collected a series of highlife sounds from back in the day and decided to make my own compilations based on the songs that I like. It may not be the best but as one who has delved into music of all categories, I made up my mind to do what is good for me in that aspect. When you are a music enthusiast, I do not think there is a limit on how far one can go to study and learn with regards to musicology.

So to cut my long story short, I have these compilations that has taken me aback to the days of nkwu elu, fresh brewed palwine, when hanging around the elders for story telling, folklore and cultural festivals was fun back in the day. For sure, I had no idea when I hanged around the elders as a little brat growing up to figure out what was actually going with all that strange stuff that came along with the cultural producers of our time. My selections here aren't the best, but I'm sure they did leave a mark in the days of highlife explosion from the 'Eastside' back in the day.

Among these compilations, I would say this, only Stephen Osita Osadebe and perhaps Oriental Brothers International Band are a little bit known universally. But think about it though, it was the kind of highlife and ikwokirikwo invented by Ikenga Super Stars and Prince Nico Mbarga's Congolese blended rhythms that morphed into pure funk of the late seventies. And here is my best list of Egwu Agba Ochie, oldies but goodies, and I hope my choice was fair enough compared to how much I knew while growing up coupled with my interest in that very category of music even though I now collect every musical genre that crosses my way, right now.

ORIENTAL BROTHERS INTERNATIONAL BAND: "Anamelechi." Without a doubt, there was something special about the Oriental Brothers International Band when band leader Godwin kabaka Opara, Ferdinand Dan Satch Opara, Prince Ichita, Christogonus Ezebuiro "Warrior" Obinna and Nathaniel Ejiogu emerging from Owerri started what would be a superb Highlife group within the 'Eastside' upon ceasefire in a 30-month civil war. Guitarists Kabaka (Ngor Okpalla born) and Dan Satch kindled a relationship inviting Mbaise born Warrior because of his Owerri accent and velvet voice, which set the stage for the advent of Oriental Brothers International Band legacy, rocking every household in the 'Eastside' from every aspect of life. Oriental Brothers arrived and their music created a scenario whereby Warrior's proverbial lyrics sent a message of social ills attracting surprisingly a very large audience.

I picked "Anamelechi" here on many grounds. As a kid growing up, never minding the fact I wasn't too much in touch with highlife of the day, thus being carried away with the imports I thought the vibes were something totally different from omenala, traditional music and folklore, researching and paying a good attention to the arrangements and compositions of superb work done, I have come to accept the fact that these musicians could have gone places if the exposure was widespread for universal awareness back in the day. 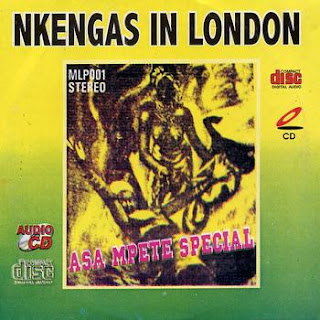 NKENGAS IN LONDON: Unzulu Onye Ige'Gbupi. I first had a glimpse of this very album when my older brother brought it home and was playing it, admiring the rebels led by Vincent Okoroego who had taken Osadebe's original recordings to London reproducing it under a different name, as the story goes, anyway. The album "Asampete Special" was brilliantly made and every track tells a different story from a variety of perspectives related to Igbo culture and things like that. The title of this album sounds more like a beautiful woman whom everybody wants. With alternating line-ups, this album was, like I said, recorded in London before hitting the pubs and social gatherings all around the 'Eastside.'

I like every track of this particular album, but I chose "Unzulu Onye Ige'Gbupi" in this compilation because of the track's pounding bass lines, rap-in-session echoes, guitar works and more. No doubt, Osadebe was live in session doing his original stuff in this track. The album now produced and marketed by Onitsha-based Benoka Records samples the digging of putting together the vibes of back in the day. 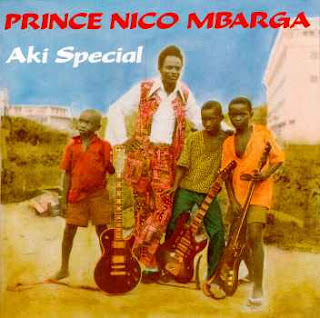 PRINCE NICO MBARGA: Aki Special .I do not know of any African social gathering that Prince Nico Mbarga is not mentioned when highlife and ikwokirikwo kind of vibe is the subject matter. Mbarga was something else and his talent was extraordinary. I was moved hearing the track 'Sweet Mother' and how I got stuck with the emotional impact of the cult of true womanhood as nurse and mother. Just like once in a while when you dabble into an artist whose talent proves he can't be wrong by crossing over, Mbarga was one of such artists who combined the East African kind of rhythms to his pigeon English lyrics that brought out a different vibe connoting the highlife explosion of the time.

I did something different here. I chose 'Aki Special' which in fact was the title of the album, and notably mixed, remastered and digitally waxed by several DJs and recording studios. Listening to this very track you will get a feel of some heavy metal stuff combined with pure funk morphed with the usual story telling of a real ikwokirikwo music. The track's kind of flow without a doubt makes this very album Mbarga's best project. Whenever I'm in the mood, the groove takes me all the way until I'm saturated because the vibe is just good.