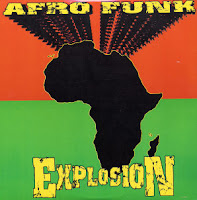 Earlier this year, in one of my random routine stops at Amoeba Records on the corner of Sunset Boulevard and Cahuenga in Hollywood, California, I checked out some CDs including that of Afro Funk Explosion, a compilation of various African performers put together by Explosive Entertainment. This compilation was well-done but lacked detailed information and background of the artists. I shall attempt to discuss a little bit of that in this piece, gathering every information that is accessible. 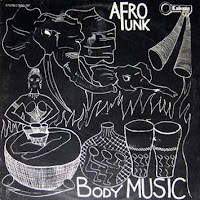 The seventies unquestionably were the golden age when indigenous African music exploded universally. The Compilation starts with the track "Afro Funk" by Afro Funk, one of the leading pure funk ensembles in the early seventies featured regularly at the Grand Hotel in Accra, Ghana, when pure funk was developed in a format the legendary James Brown got it together. Afro Funk came up with their own brand of stormy funky tunes with saxy flavors differing entirely from other funk groups that rocked the African Continent in the seventies. The track "Afro Funk" was culled from the groups "Body Music" album released in 1973 on Kabana Record label.

In all sincerity, the compilation features a whole lot variety of jazz, funk, fusion and ikwokirikwo maestros of the day, when one thinks of Destruction Ikengas. How Vincent Okoroego got in here is something to ponder, but good, though Okoroego's Destruction Nkengas crossed over and I'm quite sure it didn't work out. I couldn't make anything of the second track of this compilation. I'm not sure what the erstwhile Stephen Osita Osadebe session man was trying to prove here with "Nkengas Special." The highlife vibe was very obvious. Okoroego, for sure, at the time of this recording knew he was going the wrong direction with that mixture of pop-blended vocals and Ikwokirikwo beats he invented, which didn't add up.

Matata came up here strong with that "Wanna Do My Thing" Vibe which as usual connected to the Matata trademark of Brown's new new super heavy funk era. Anwar Richard did not fail here in his Brown's kind of move which gave the band the real touch that gave it recognition when it played gigs at London pubs back in the seventies. I like the track selected here by Explosive Entertainment. It's a rare pick.

The selection, however missed some remarkable hits in the seventies. Zimbabwean Thomas Mapfumo and his Halleluja Chicken Run Band, the East Side bands - Funkees, Strangers, Heads Funk, Wings - rock groups from Eastern Nigeria were not included which probably suggests these groups did not attain the level of musical heights during the funk era when afro funk and like vibes invaded the shores of the West. 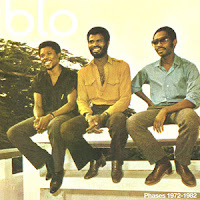 The superb compositions of Malawi-born drummer Dick Khoza who regularly featured at the South African Pelican Night Club in Johannesburg reminds one of Jazz Messengers' Art Blakey. The horn sessions of the track "African Jive" echoes well with Los Angeles-born Herp Albert and his Tijuana Brass. Three tracks were featured here from Khoza's "African Jive" album. Enter BLO, seventies Nigeria trio, who changed the concept of highlife and funk, popping up with the kind of sound which exploded in the sixties when The Beatles, Rolling Stones and the rest in UK changed entirely the sound of the fifties. Guitarist Berkeley Ike Jones, drummer Laolu Akins and bassist Mike Odumosu had formed this group touring the UK, United States and playing gigs at Lagos pubs. The track "BLO" jammed at every known spot in the Lagos area during the seventies when highlife had waned. 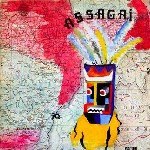 South African born Dudu Pukwana had left the shores of Apartheid South Africa and landed in London carrying along with him members of The Blue Notes due to racial problems. Signed by Vertigo Records in London, Assagai was formed with trumpeter Mongezi Feza and drummer Louis Moholo while Pukwana led the band for that short period it hanged around. The track "Cocoa" was a cut from the band's first release titled Assagai.

The two tracks recorded on this compilation from Roy Oche and his Matumbo seems to be off mark, blending afro funk and traditional African folklore even when the lyrics has a resemblance of mixed vibes of swing/highlife/rock/juju and storytelling. Mfalme, which in Swaziland means a male of a royal family who is the supreme ruler of his nation sounds like a mystery, thus having no trace for detailed information. The track "Maku Penda" is not bad at all. Who, also described as Ndubani has no relation to the South African jazz legend Jonas Gwangwa. Black Truth Rhythm Band "Lfetayo" has a full-fledged flavor of Ralph McDonald's percussion.

All in all, the compilation is great in my own assessment but a liner note would have made it much, much better.