How US and European Imports Rocked Lagos 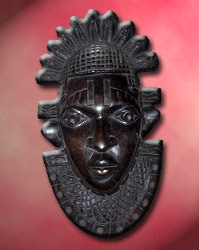 I had thought I was going to get this piece done earlier, but nevertheless, I have, for sure, made it before the year of Our Lord, Two Thousand and Eight, the election year that is now too close to call, considering the ongoing campaigns which without question is now full of uncertainties with the left leaning to the right as the right leans toward the left. Life goes on and as they say, "politics makes strange bedfellows." That's politics, so let's leave it alone and reflect on how US and European imports rocked Lagos, back in the day.

As it happened, it all began when in January 1977 Lt. General Olusegun Obasanjo in his opening address declared open the Second World Black Festival of Arts and Culture. Every college dorm talked about FESTAC and the trooping of black artists from all over the world into Lagos for the festivities and merry-making of an event never seen before on the face of the African continent. The opening was Obasanjo's finest hour. Every prominent black artist showed up. Grammy Award-winning Brazilian guitarist Gilberto Gil, legendary trumpeter Hugh Masekela, Trinidadian Chief Omo Wale of Ikoyi Mighty Sparrow, Miriam Makeba, Margaret Singana and the musical Ipi N'Tombi, Stevie Wonder, Nelly Uchendu, Osibisa and the rest too numerous to mention graced the occasion. Fela was the man of the hour. He had unleashed "Zombie" which caught the military juntas unawares. His shrine was the most popular happy and after hours during the festival. Fela's life, henceforth, would never be the same again. The military juntas destroyed everything he had built. 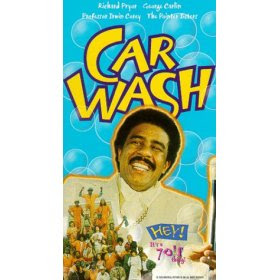 Before the January - February, 1977 FESTAC, I had watched the movie "Car Wash" at Roxy Cinema, Apapa, Lagos, after listening to the soundtrack superbly composed, arranged and produced by Norman Whitfield, which won the multi-talented Motown rat a Grammy in Original Score. It was his first. A hell of a comedy directed by Michael Schultz and shot at Deluxe Car Wash on the corner of 6th Street and Rampart by the Wilshire Corridor in Los Angeles, earning Richard Pryor the king of comedy. I'm not sure if he was, but I also like Red Foxx's "Sanford & Son." Many would follow Pryor's path, thereafter, including Eddie Murphy. Pryor was a rare gem. The line "would you allow me the privilege to shine your shoes free of charge" was my favorite. I saw a big difference in what had been entrenched in Lagos movie theatres. It was a time when blaxploitation movies had begun to make headway in the big screen with Fred Williamson, Richard Roundtree, Jim Kelly, Isaac "The Black Moses" Hayes, Pam Grier, Leon Isaac Kennedy and all that black stars emerging, changing instantly the Chinese Shaolin cast of David Chang, Alexander Fuseng, Chen Sing, Ti Long, coupled with the love triangle magical charmed Indian movies which played all around the big screens in Lagos including the newly built Danjuma Cinema at Agege. "Car Wash" changed all that and as FESTAC was fast approaching with news stories about black performers invading Lagos, the gist twisted with feelings soul-funk and rhythm & blues will be leaving a mark when the festival is over. Of course, the funk got heavier and heavier and the imports began to pour in and every pub in Lagos metropolis jammed.

The oil boom had made Lagos the hub of Africa's New York City and Los Angeles. The feel of Yankee life was obvious through the walks, outfits and gestures. From fashion to music, everything changed. On the streets, the alley at the back of Mandilas Building and Kingside, the Fashion District, everyone improvised Yakee way of life. "What's going on, man?" "Where have you been man?" "Life is tough, man!" "you've not changed, man!" "I'm gonna get you, man!" "Excuse me baby, what you up to, man!" Like the Andrew commercial, "I'm checking out, man!" and the "mutchafucker" kind of stuff, and things like that. It was the vibe of the time.

The "Afternoon Jump" at Racecourse just a stone throw from where Sidi Ali pulled out his gun to smoke any legislator that crossed his way was a real thriller. Pat Oke and Fred Oshodi disc-jockeyed part time and it was a whole lot of fun hearing the jams of the P-Funk band Mandrill, O'Jays, Hi Tension, Jimmy Castor Bunch, Ralph Cameron, Lipps Inc., Funkadelic, Heatwave, War "The Music band," Change, David Joseph, Evelyn "Champaigne" king, Stephanie Mills, The Isley Brothers, Indeep and series of US and European import vibes. Michael Cleveland's Indeep "Last Night A DJ Saved My Life" was another blast when it popped up in 1982. And then there was Yarborough & Peoples with that smash hit "Don't Stop The Music."

If the pubs were all about US and European import jams, you ain't seen nothing yet. There was a new kid in town. Before I proceed about this new kid in town, while producer and multi-instrumentalist Steven Greenberg scouted for a female vocalist in his years of trying to stay away from the heavy metal stuff, he finally found a police department secretary in Minnesota by the name of Cynthia Johnson who had won in 1976 "The Miss Black Minnesota" beauty contest. In 1979, "Funky Town" was released and it instantly became a smash hit sending the waves all around Lagos, driving the hippie goners and Yankee wannabes nuts. The discos were nothing but smoke and young punks who just happened to be having fun, the right time of their lives.

Yes, it was "got to make a move to a town," and the town was "Funky Town" and the music everybody was hearing was worth hearing. But as "Funky Town" was spreading fast, the new kid in town was doing his home work to start a new decade that would change everything. University of Southern California-trained businessman, Ben Murray Bruce had brought along with him, his business acumen back home from the City of Angels. The foundation for Silverbird was laid and the rest would be history. I watched most, if not all that Bruce imported from the US and United Kingdom. National Theatre, Iganmu, was bursting loose as foreign bands after one another slammed National Theatre. The Whispers, Shalamar, Dynasty, Brothers Johnson, Delegation, Third World, Lakeside and lots more kept Lagos intact with the grooves of the era. My favorite was the sold out concert of Dynasty. I had arrived with my entourage but was behind schedule, thus missing the first show. We sat on the lawn until the first show was over and Kevin Spencer had appeared on the balcony of the theatre signing autographs. He was young and energetic and we had begun to emulate some rhythms, typical of "you got rhythm kind of stuff." The Delegation show was also awesome. Jamaican-born Ricky Bailey whose velvet voice had the audience wanting more as bassist Alan Jones kept swinging. The track "You and I" did it and after that the airwaves took over.

We couldn't wait to watch Dynasty perform as we had talked much about this group Leon F. Sylvers III had assembled. The moment finally came and we had checked in, seated and waiting. The lights turned off and when it came back on, Kevin Spencer was upfront on stage and "Groove Control" was the first song performed and the audience was aloud, loud enough to blow out ones eardrums. It was all fun and as youngsters we enjoyed and seized every moment.