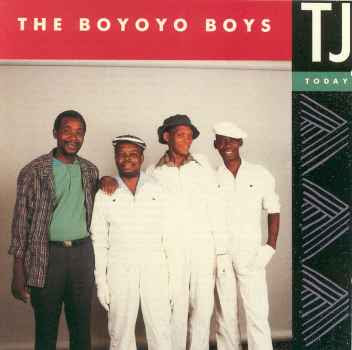 The history of Township Music in South Africa can be traced as far back as the 50s when black performers were thrown in and out of jail just for doing what they loved - showcasing their talents. One of the prolific performers was Jonas Gwangwa who played "with every important band of the era."

The 70s and 80s took another shape when the Apartheid regime was winding down and many unknown black groups began to emerge as the native township jive or mbaquanga style of music gained popularity worldwide. One of the unknown groups outside South Africa was The Boyoyo Boys comprising of saxophonist Lukas Pelo, Thomas Phale, bassist Vusi Xhosa and guitarist Vusi Nkosi. The group rose to stardom perhaps when Malcolm Mclaren took their titled single "Puleng" and converted it to his own production, "Double Dutch," making it a smash hit all around the world as breakdance and hip-hop began to pop up. However, the group got their share of the cut from Mclaren in an out of court settlement.

Though The Boyoyo Boys appeared in Paul Simon's "Graceland" album, "Double Dutch" would have done it in catapulting these young lads to the top had Mclaren not swindled them. However, after "Graceland" which inspired Simon after listening to an instrumental tape composed by these new emerging group called "Gumboots", The Boyoyo Boys continued to perform in their native South Africa and release of the "TJ Today" album in 1998 which was originally released in 1988 has began to reflect the originality of their music.

"T. J. Today" released by Rounder Records in 1998 has the original jive and flavor of mbaquanga, of the one previously released in 1988.