Rewinding Back That Heavy Metal Invented By Deep Purple 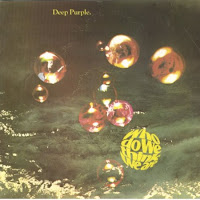 Ever since bassist Roger Glover, vocalist Ian Gillan, organist Jon Lord, drummer Ian Paice, guitarist Ritchie Blackmore with managers Tony Edwards and John Coletta invented that heavy metal stuff from the “Machine Head” album following “Made in Japan,” heavy metal music has come a long way from its origin in the late sixties as was ushered in; and had made sex, drugs and alcohol an era that commenced how mission statements determined the way we do the stuff that we do in what eventually became popular culture.

I was going through my music library (I do that quite often, not bored though) and discovered I haven’t listened to any Deep Purple cut in a while. I looked and asked myself, what happened to “Woman From Tokyo” and “Smoke On The Water?” Some brilliant guitar works by Ritchie Blackmore who had bragged he could wipe any floor with his guitar and a powerful lyrics of an arrogant Ian Gillan coupled with the organed magic of Jon Lord just to know how I got my humble self into all these mess and starting something I couldn’t finish ending up probably losing my hearing from attending heavy metal concerts.

Growing up among brothers who were music freaks, Deep Purple was a household name which meant every thirty-three and a half inch vinyl disc of Deep Purple’s heavy metal storytelling was in the house which was kind of crazy to adopt back in the day. But it happened anyway, and hey, what else can I say when it wasn’t my call as a kid? I couldn’t have called it, regardless. Could you imagine a black dude being embedded with some heavy metal stuff? Or what is it with these, Gosh, Igbos surviving a pogrom on Yakubu Gowon’s Genocidal campaign who thought they knew every stuff about rock and roll and how they invaded the pubs in Europe in the early seventies?

Gillan and Blackmore had too much to offer when the process of brewing heavy metal took off. Gillan had some powerful chords. Blackmore was a wizard guitarist. Both were talented and Deep Purple had devastated Europe topping charts in every category. I was also losing my head upon hearing “Woman From Tokyo,” an album marketed by EMI Records, the Gramophone Company then based at 20 Manchester Square; and the news was spreading just fast in my hood when record shops blasted all that stuff from what Gillan and Blackmore had put together even though they were at loggerheads in jam sessions.

So what is heavy metal and how does it differ significantly from ordinary rock music? The answer is not far-fetched. Rock (soft) is very mellow and enduring, and you won’t be about to lose your head. It wouldn’t move you in knowing how the brain works. Rock is also a liberal thing (I’m not trying to be political here) compared to hardliners, I mean when you hit the stuff real hard to bring the best out of it and the outgoing president George Bush knows that very well. You can also ask the clowns at Aerosmith, UFO, Blue Oyster Cult, Motor Head, AC/DC, Van Halen, Saxon, Paul Stanley’s KISS, Boston and Judas Priest who thought he was the maddest of all heavy metalists.

However, Deep Purple, without much ado, and that instrumental “First Day Jam” when the making of “Who Do We Think We Are” began in the Summer of 1972 in a villa outside Rome invaded by a crowd of flirting Italian broads following a remarkable success of the “Machine Head” album, gets every credit for the genesis of heavy metal.

And thinking about it, “who do I think I am?” I love music, that’s all!
Email Post
Labels: Deep Purple Heavy Metal Rock